On Monday President Joe Biden met with the nation’s governors to tell them the responsibility for combating the COVID-19 crisis rests with them. That’s not likely the message they were hoping for, but one they should have expected.

“There is no federal solution. This gets solved at the state level,” Biden told the governors, adding, “if you need something, say something. We’re going to have your back in any way we can.”

Following the announcement, Failing Biden – Joe Escapes For Delaware Beach House After Telling Governors “There Is No Federal Solution” To COVID.

The establishment media on Tuesday admitted President Joe Biden failed to shut down the Chinese coronavirus amid the omicron variant and a shortage of testing kits.

“More than nine months later, he is now admitting not enough has been done,” CNN wrote, critiquing its ally in the White House. 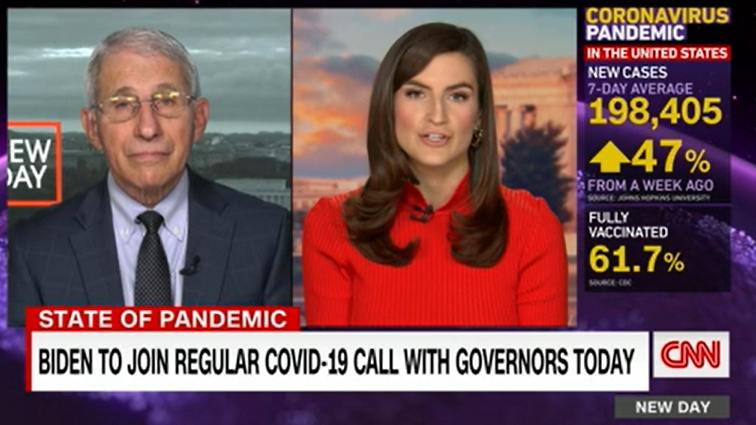 “President Joe Biden and his team repeatedly promised more Covid-19 testing, including at-home kits that deliver rapid results, but they are now admitting a virus that is more adaptable than the politicians who fight it has outpaced them again,”

CNN continued after months of praising Biden’s efforts, as in headlines like this one from January: “Biden unveils Covid-19 plan based on ‘science not politics’ as he signs new initiatives.”

In a Detroit News Editorial: Biden is failing on COVID leadership

President Joe Biden met with the nation’s governors Monday to tell them the responsibility for combating the COVID-19 crisis rests with them. That’s not likely the message they were hoping for, but one they should have expected.

“There is no federal solution. This gets solved at the state level,” Biden told the governors, adding, “if you need something, say something. We’re going to have your back in any way we can.”

The Washington Post, which criticized President Trump for his poor “handling of the coronavirus pandemic and his divisive, bullying conduct in office,” has turned its sights on Biden for floundering and breaking promises.

“The president made a bet in March that vaccination could return the country to some semblance of normalcy, promising a “‘summer of freedom,’” WaPo wrote. “But as the delta variant emerged, the highly transmissible strain tore through the country, outpacing the speed of our vaccination efforts.”

“Sadly, what we saw this week was an administration floundering and a president not in command of facts or willing to shift course in any substantial way on the pandemic,” the publication said about Biden’s lack of coronavirus tests.

The Wall Street Journal also reminded its readers Monday that Biden had stated, “Anyone who is responsible for that many deaths should not remain as President of the United States of America.”

“Biden on Covid: ‘No Federal Solution’  – If this is what he now thinks, then rescind OSHA’s vaccine mandate.”

Yet the New York Times reported in November the United States has accumulated more coronavirus deaths under Biden than under Trump, despite vaccine availability.

“He was wrong last year when he suggested that any politician had the power to control the pandemic,” the Journal wrote. “Now that Mr. Biden is in office, as the Omicron variant refuses to be ‘shut down,’ it would be a politically convenient time for him to acknowledge the virus reality.”

With Biden failing miserably in his handling of COVID, reflected in his poll numbers tanking, and the left already considering crooked Hillary and others for 2024, the question is will President Biden finish out his four-year term, or will he bail using mental decline as his justification for calling it quits?