The interesting about people is their innate ability to control what attributes and personality traits they are comfortable presenting to the world.

Some are very open in their expression while others are more guarded. Those harboring racist views are expected to not express them in the public square but sometimes their hated slips out “accidentally.”

Caryn Johnson, better known as Whoopi Goldberg has been in the public square for decades.  In 2007 she became a co-host on the daytime television talk show The View. While noted for her liberal views, Goldberg originally served as the moderator during the program’s frequent debates.

Whoopi got into hot water this week and is “livid” after she was suspended from “The View” over her claim that the Holocaust was “not about race” — with reports out that she is telling co-workers she is going to quit the show.

Goldberg, 66, feels “humiliated” at being disciplined by ABC execs after she followed their advice to apologize for the ill-conceived comments, a well-placed insider told The Post.

“She feels ABC executives mishandled this. She followed their playbook. She went on ‘The Late Show With Stephen Colbert’ and then kind of apologized again on ‘The View’ the next day,”

Whoopi’s suspension is the pinnacle of a years-long habit of making off-color remarks about Jewish people that includes a recipe she wrote for a celebrity cookbook in the 1990s called ‘Jewish American Princess Fried Chicken’, DailyMail.com can reveal.

In 1993, Caryn Johnson (Whoopi) submitted the recipe to Cooking in The Litchfield Hills, a charity cookbook comprised of recipes from the well-heeled residents of the leafy Connecticut suburb. 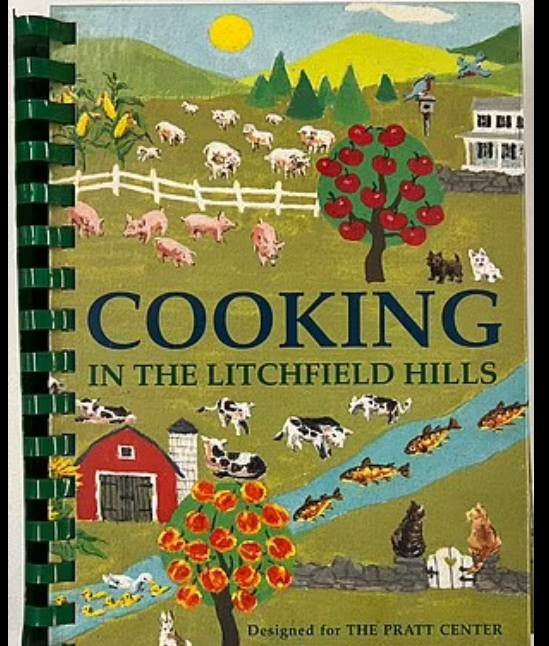 Whoopi’s recipe reads: ‘Send chauffeur to your favorite butcher shop for the chicken (save the brown paper bag).

‘Then you tightly close top of bag (watch your nails) and shake 10 times.

‘Hand bag to Cook, go dress for dinner. While you dress, have Cook preheat oven to 350 degrees and brown chicken slowly in skillet. When evenly browned, have Cook place chicken in dish in oven. Have Cook prepare rest of meal while you touch up your makeup.

‘In about half an hour, voila! Dinner is served! You must be exhausted.’

The recipe was slammed by The Anti-Defamation League, whose current CEO went on The View last Tuesday to tell Whoopi why she’d been so offensive earlier this week before she was suspended.

They called the recipe ‘insulting’ and ‘anti-Semitic’.

‘It’s a lousy recipe with insensitive and anti-Semitic ingredients.  Whoopi should know better.

In response to the outrage, Whoopi’s agent at the time – Brad Cafarelli – offered a quick explanation: she is Jewish.

‘Maybe (the critics) are not aware that Whoopi is Jewish, so she is certainly not anti-Semitic,’ he said.

Four years later, in 1997, during an interview with Playbill: ‘My family is Jewish, Buddhist, Baptist and Catholic — none of which I subscribe to, by the way, as I don’t believe in man-made religions.’

She said she took the name Goldberg, which is unavoidably Jewish, from a ‘Jewish ancestor’.

When she was talking about the Holocaust this week, claiming it was ‘not about race’, she made no mention of whether or not she belongs to the Jewish faith. Nor did she mention it when she was apologizing, or in subsequent statements.

‘I stand with the Jewish people as they know I always have,’ she said.

Sorry Whoopi, I am not buying the post-anti-Semitic rant excuses from you.

It will be interesting to see if Whoopi withstands the calls for her termination and stays on, or if she proactively steps down leaving the show under her terms.

As of today, I am betting on the latter.