As Biden prepares, or at least pretends to prepare, for war with Russia, Russia is preparing to fight what it sees as anti-white discrimination in Nike’s advertising.

Yes, really. Putin, or at least his minions, is doing what “conservatives” have refused to do for decades and is actually fighting back against so-called “reverse racism,” which is more accurately known as anti-white racism.

Most in America believe that racism of any form is unacceptable and that we should judge each other based on the content of each other’s characters rather than the color of our skin.

Unfortunately, CRT-obsessed leftists, both in companies and in academia, don’t believe that anymore. Rather, they think that reverse racism against historical oppressors is the only way to make up for the past sins of those oppressors. That means that they actively promote racist policies.

In Nike’s case, those racist policies allegedly involved its ads, none of which contained white people. Seeing that, a Muscovite asked the Russian government to look into it, as reported by Russian media. Here’s the translation of the part of the article about the advertising problem that precipitated the investigation:

A resident of Moscow asked the Investigative Committee to check the American company Nike for racial discrimination against Russians. The complainant, named Yevgeny Smirnov, found it offensive to see the almost complete absence of white models on Nike’s Russian-language site.

Almost all models representing the brand are either dark-skinned or representatives of the Mongoloid race. Caucasoids, who make up the vast majority of Russian citizens, are practically not reflected. The company did not answer on what principles the models are chosen, after which the Muscovite turned to the UK.

For context, here is the relevant selection of advertising photos: 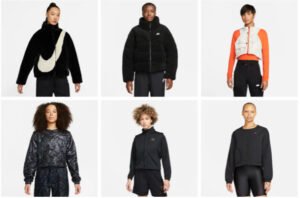 The article, describing what is currently going on in the investigation and what might come next, says:

“The company’s policy is to impose Western values ​​and stereotypes that are alien to European culture in general and Slavic culture in particular,” RIA Novosti quoted the document with a mark of acceptance for consideration.

Nike refused to communicate not only with a dissatisfied consumer, but also with Russian journalists – for two days there were no answers to requests. If the UK finds signs of violation of equality of rights and freedoms in the activities of the manufacturer, a criminal case will be opened under Article 136 of the Criminal Code of the Russian Federation.

Based on the ad, it appears that the investigation might find that Nike is engaging in anti-white discrimination. We’ll see if any actual consequences come from that, as Nike is a massive company that will surely put up a major fight.

Still, however, it’s heartening to see that someone is willing to take on the “reverse racism” issue and go after those companies that have gotten increasingly discriminatory as they’ve moved farther and farther to the left and used their resources to push woke nonsese.

Now it’s up to Putin, the traditionalist that many in America hate, to stand up for Western culture and values against the globalist companies and their racist policies.