Here we go again America, failing progressive mayors just got bailed out after failing miserably. Their policies are causing increasing crime, driving budgets into the red.

Out here in California, we have watched our state government disparage the police, shift funds from law enforcement to benefits for illegal aliens, and start construction for a high speech rail to nowhere. In reality, these mayors knew in advance they would be bailed out by the Biden administration, which took place in the first COVID stimulus bill. 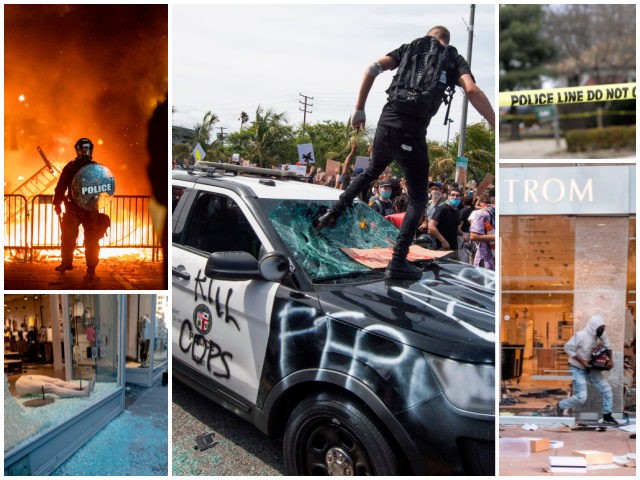 President Joe Biden’s Department of Justice (DOJ) is finishing up 2021 by giving grants to cities across the country “grappling with a dramatic rise in violent crime,” far-left CNN reported on Monday.

The publication pointed to a December 20 release from the DOJ announcing that hundreds of communities and organizations are eligible or are being awarded grant awards from a $1.6 billion pot to support programs that will supposedly reduce violent crime.

The Department of Justice is committed to supporting our state and local partners to combat crime across the country. This latest round of funding will deliver critical public safety resources, helping public safety professionals, victim service providers, local agencies and nonprofit organizations confront these serious challenges.

One of the grants is the Justice Assistance Grant program (JAG), which will split up more than $271.9 million between 56 state law enforcement agencies and 900 cities and counties. The money could fund programs like “multijurisdictional drug and gang task forces, crime prevention and domestic violence programs, courts, corrections, treatment, justice information sharing initiatives, or other programs aimed at reducing crime and/or enhancing public/officer safety,” the program’s description states.

CNN admitted after more than a year of covering for the Marxist Black Lives Matter and Defund the Police movements:

The grants follow a tumultuous period for cities, many of which struggled with protests last year in the wake of the murder of George Floyd. In response to the protests, lawmakers in some cities like San Francisco, Minneapolis, Los Angeles, and New York City proposed cutting back on their police departments’ budgets to redirect the funds into other community programs.

Seattle and Chicago have both been awarded large chunks of money, $771,127 and $2,407,095. Notably, Seattle has repeatedly slashed its policing budget, and Chicago has already had more than 800 homicides this year.

Hennepin County in Minneapolis, which is where four police officers were charged in connection with George Floyd’s murder, was awarded $590,659. San Francisco city and county are eligible for $460,341, and Milwaukee County, Wisconsin, is eligible for $922,735.