What happens when a government allows millions of foreign nationals to enter their country without work lined up, who shuts down pipelines and add more regulations driving up energy costs by up to 50%, who pays workers more COVID unemployment benefits than they were making when working thus causing a shortage of workers bottlenecking the transportation systems, ETC.? You end up in Joe Biden’s declining, inflation climbing, Unites States Of America.

According to the University of Pennsylvania’s Wharton School’s budget model, Americans on average will have to spend $3,500 more in 2021 to sustain their consumption of years past in 2019 and 2020.

Another month of rising prices under Biden:

Across the consumption basket of income groups, the bottom 20 percent of families saw the price of their consumption increase 6.8 percent, or $2,120.

The top five percent of income-earning families will only experience a 6.1 percent ($7,636) increase in consumption.

Meanwhile, the top five percent of income-earning families will only experience a 6.1 percent ($7,636) increase in consumption.

A new Fox Business Poll confirms that Americans are feeling the extra money slipping through their fingers, just to maintain the same standard of living.

Nearly half of Americans feel Biden is making inflation worse 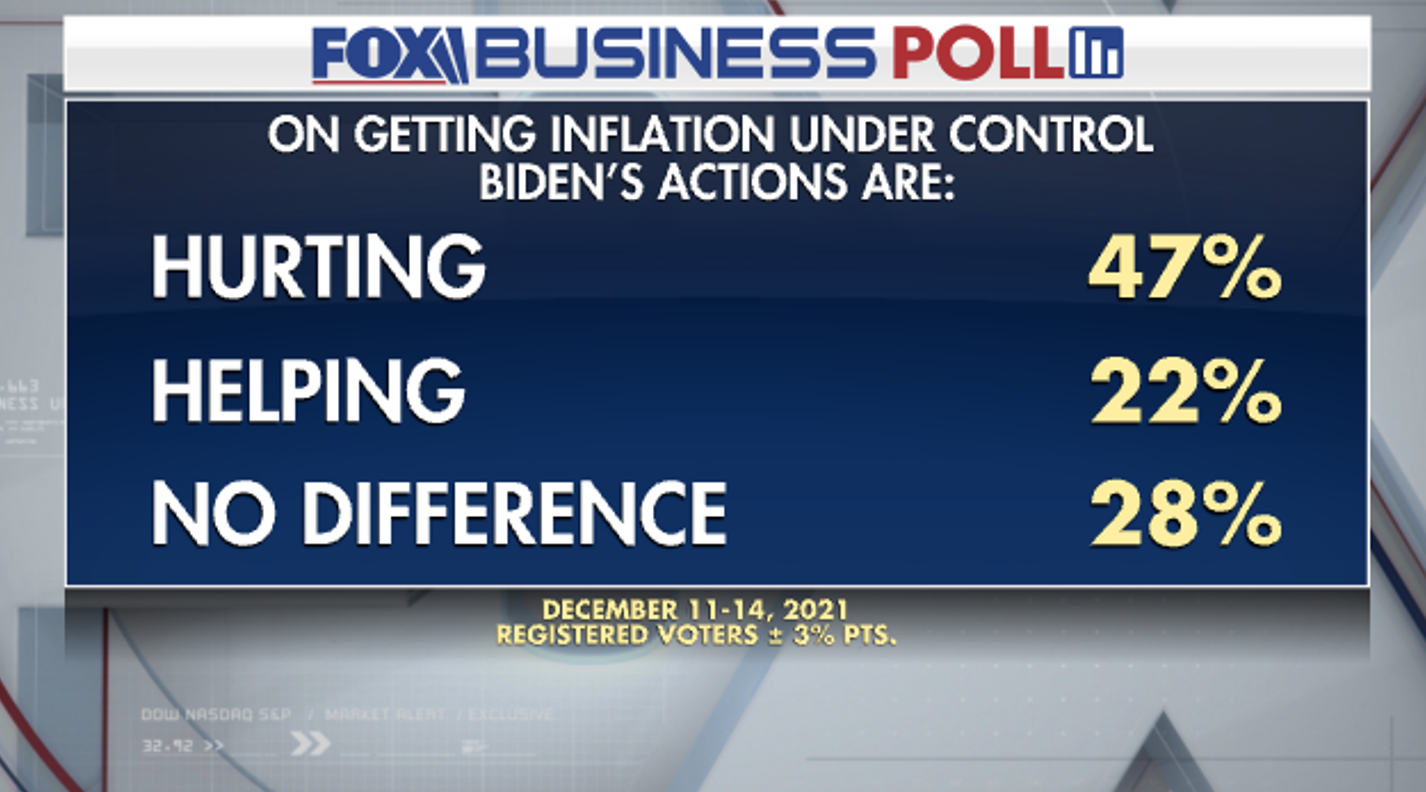 The good news is Bidens’ BBB spending bill is tables, for now, it might not help a lot but at this point, We The People will take any break we can receive.