The Democratic Party has lost its connection with the average American, and surprisingly with a significant number of voters, especially for being the party in power, the independents.

Yes, there is a move to the radical left pushed by the AOC Squad and the old Communist Bernie Sanders driving it, but the people I am speaking with, from ages 17 and up, don’t like Joe Biden or Hillary Clinton, yet they are the two of the top horses probably vying for the 2024 nomination.

President Biden’s first-year job performance is not receiving good feedback from political pundits on either side of the aisle.

In the poll released on Friday, 65% of the respondents said the country is heading in the wrong direction, while only 32% said it is on the right track. 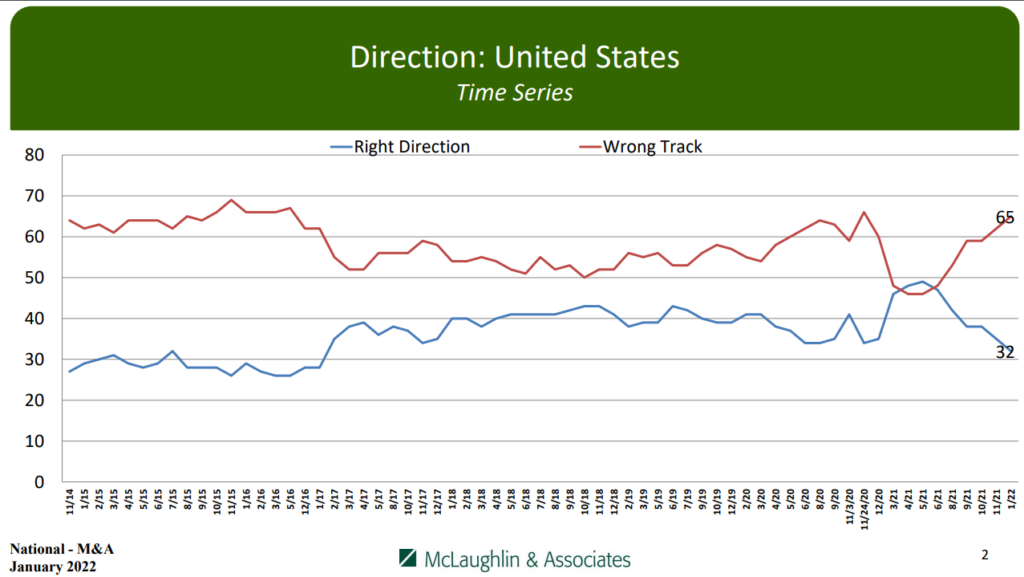 With Hillary starting to show up in more interviews and at public events again, a small buzz of her being the air apparent for 24, is starting to gain some support from those desperate for anyone but Biden. This is saying something as Hillary lost to Trump in 2016 by 77 electoral college votes and will be close to 78 years of age in January 2025.

In a new McLaughlin poll on Friday, former President Donald Trump would crush Hillary Clinton by double digits in a potential 2024 presidential rematch.

Among the must-win group of voters, the independents, Trump blows Hillary out by 15 percentage points (52-37 percent).

Only 80 percent of Democrats favor Hillary in the head-to-head matchup, while 90 percent of Republicans favor Trump, a “HUGE” double-digit gap among respective party voters.

Hillary is ranked tied for the fourth most likely to win the 2024 Democrat primary if that election were held today. Primary contenders ahead of her included President Joe Biden, Vice President Kamala Harris, and former first lady Michelle Obama.

The polling comes as CNN and the Wall Street Journal published op-eds written by Democrat insiders who encouraged Hillary to run in 2024.

“Among her supporters, there must be millions who have recovered from the heartbreak of 2016 and are ready to back her again,” the article read. “Among those who oppose her, the chance to resume the battle against the woman they love to hate must surely send hearts racing.”

The Journal‘s article, written by two Democrat insiders, titled their article “Hillary Clinton’s 2024 Election Comeback” and called Hillary an “experienced national figure who is younger than Mr. Biden and can offer a different approach from the disorganized and unpopular one the party is currently taking.”

Though many on the left have been questioning Trump’s popularity with the GOP voters,  after leaving a year ago, the former president just maxed out one of the largest venues in Arizona with thousands of cars turned away by the police because of no room to park.

If the election laws are still in place in November 2024, I can’t see Biden or Clinton defeating Trump. The only person who might give Mr. Trump a run for his money, even though not that talented but who is a “woman of color”, would be Michelle Obama.