With each passing week, the Republican’s chances of re-taking the U.S. Congress in November has many political pundits on the left losing sleep.

The nation appears to be growing tired of the Biden administration’s policies which are causing inflation and driving a massive number of illegal aliens over the southern border.

In addition, other issues not polling well include:

These concerns have the Republicans leading Democrats by double digits according to the latest generic midterm congressional ballot from Trafalgar Group.

Their latest poll shows Republicans with a commanding 12 point lead over the Democrats on a generic ballot when the respondents were asked which party they would vote for if the election for Congress was held “today.”

The decline in support for the democrats led House Minority Leader Kevin McCarthy and former House Speaker Newt Gingrich to predict more than 30 House Democrats would not seek reelection this year.

They are getting close as Rep. Kathleen Rice (D-N.Y.) Rice, who won reelection in 2020 by 13 points, just announced her retirement too on Tuesday, making her the 30th House Democrat leaving at the end of this term.

“Though I will not be running for reelection to Congress this year, I will remain focused on protecting our democracy and serving my constituents throughout the rest of my term,” she said in a statement shared on Twitter. “As I turn to the next chapter of my own personal and professional story, I do so with profound thanks to the community leaders, colleagues and staff who have lived our shared commitment to service with courage and humility.”

As I turn to the next chapter of my own personal and professional story, I do so with profound thanks to the community leaders, colleagues and staff who have lived our shared commitment to service with courage and humility. pic.twitter.com/GBVvtrWpia

Mike Berg, a spokesperson for the National Republican Congressional Committee, said the retirement is the latest example of a Democrat seeing the writing on the wall and getting out on their own terms. “Thirty House Democrats have called it quits because they know their majority is doomed,” 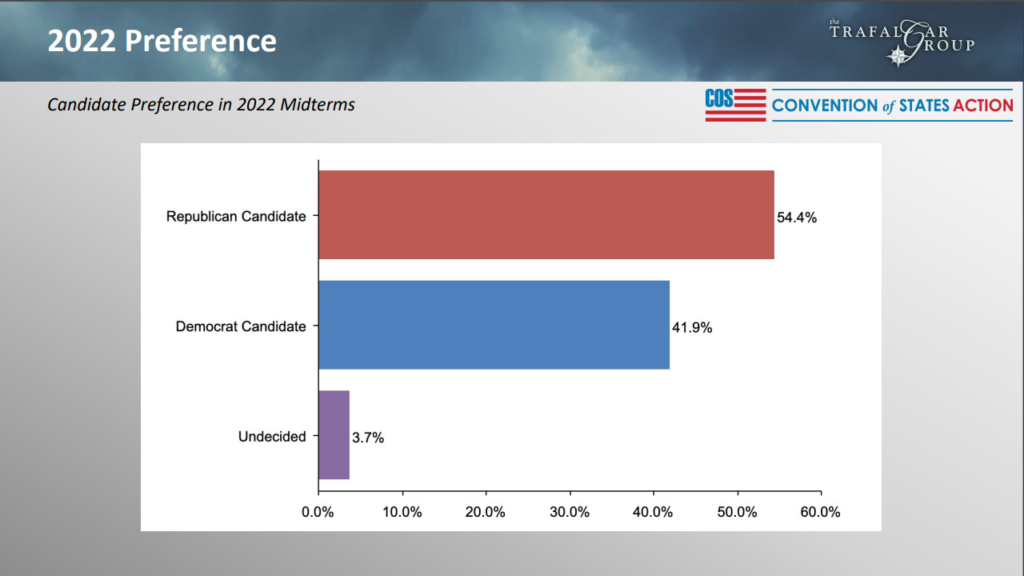 A plurality of voters said they are confident Republicans would follow through on their promises to try to block or undo President Joe Biden’s far-left policies and agenda.

In comparison, 80.2 percent of the Democrat respondents said they were confident in the generic Republicans would block Biden’s far-left policies and agenda, while a majority (55.5 percent) of them said very confident.

The majority also believe that Biden’s far-left policies to fix inflation are hurting America’s economic recovery. There were 54.2 percent of the respondents who said hurt the economy, while only 31.7 percent said help the economy, and 14.1 percent said unsure.