The history of the COVID pandemic includes a wide range of stories. Many of them explaining the draconian measures taken by governments around the world, in response to erroneous forecasts provided by the “experts”.

Marxist political governors in the U.S. used the temporary emergency powers afforded to them by their state legislatures, to control their populations, similar to past tyrannical fascist dictators such as Stalin and Mussolini.

As more and more data has come out concerning the effectiveness of natural immunity, and as more stories of politicians and elite members of Hollywood flouting the rules they put in place, a strong movement to fight the mask and vaccine mandates is increasing.

For example, last week, a maskless Georgia Democrat Stacey Abrams visited an elementary school, where she required children to cover their faces.

On Wednesday evening, Turning Point USA founder Charlie Kirk and Illinois students hosted a rally, with a standing-room-only crowd of 1,200 people, at the Arcada Theatre in the Chicago suburb of St. Charles, where he, Chicago-area students, and TPUSA activists gathered in protest of forced masks. 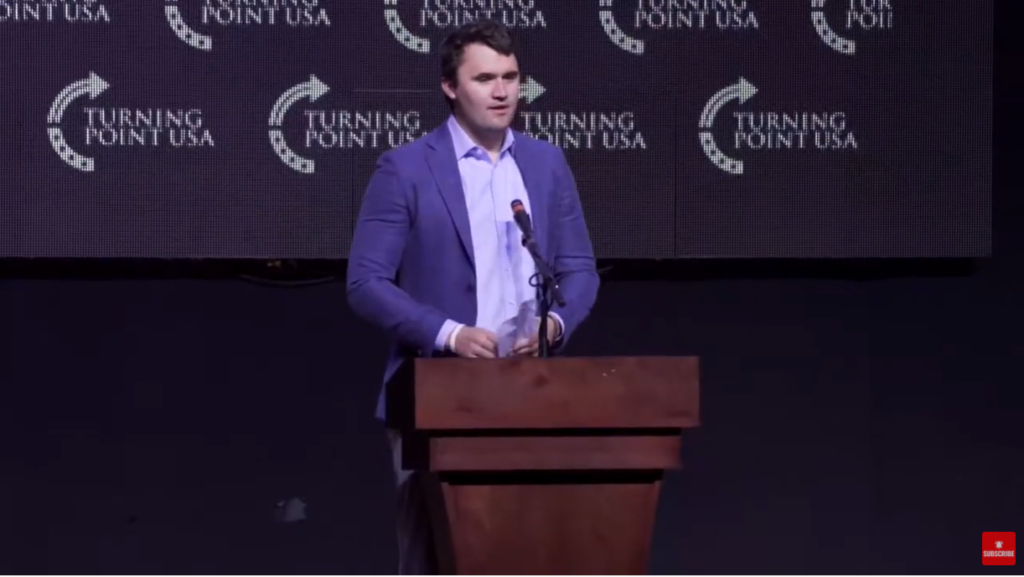 “Across Illinois, we have seen videos of maskless students being brought into auditoriums, small office spaces, for hours at a time,” TPUSA chapter leader Peter Christos said.

“If more of us had stood up, we may have not have been in the situation that we are in now,” Christos added.

A second student, TPUSA chapter leader Samuel Phillips, said, “At my school last Tuesday, around 50 of us refused to wear a mask, and our school decided to segregate us into the auditorium, not letting us get our education until we put on a face muzzle.”

“March 16, 2020, to think, all of us students were so excited for our two weeks off of school,” Leslie Mendoza, a third student and TPUSA chapter leader said. “Guys, they played us.”

“Kids laid in their beds, laid in their rooms in whatever makeshift classroom they made around their house, behind a screen for two years,” she said.

“And I can assure all of you, we didn’t learn a single thing,” Mendoza added. “Students were spending more time on their phones and computers scrolling through Instagram or Snapchat for hours a day, so that they could stay safe from a sickness that they had a 99.9 percent chance of surviving.”

“It’s a powerful thing when local communities get together to protest an injustice. The theater was packed and standing room only, and every person in that room was united to stop our leaders from abusing America’s children any longer.”

“This country will only get better when we change it from the inside out,” Kirk added. “The citizen is rising, and tyrants like [Illinois governor] J.B. Pritzker are finally having their power challenged.”

“Tyrants be warned,” the TPUSA founder said. “We are taking back our country at the grassroots level.”

Charlie Kirk, and those like him, need to be supported and encouraged as they are crucial in the long-term fight against those trying to destroy the experiment called the United States of America.