On election night 2020, a handful of states were still considered as toss-ups, aka swing states.

Although Georgia has recruited and brought in several companies from blue states, thus bringing their liberal employees with them, the Peach state was still expected to go in Former President Donald Trump’s column on election night.

As history now shows though, Georgia and actually all the swing states, were awarded to Joe Biden as millions of votes came in, the day after the election, leading the large lawsuits alleging systemic voter fraud.  President Trump asked the GOP leadership to investigate the claims, but they did not, at least to the satisfaction of Trump’s campaign.

In response, now former President Trump is heading to the Peach State Saturday to campaign at a rally for the seven candidates he has endorsed in Republican primary races ahead of the state’s May 24 election.

The rally will take place at Banks County Dragway in Commerce, Georgia, which is situated in a solidly red county in northeast Georgia that Trump won by nearly 60 points in 2020.

Kemp has become one of Trump’s most sought-after targets since the 2020 election, which Trump narrowly lost — “by a whisker,” as Trump says — after two recounts in the closest race of any state in 2020.

Trump, who endorsed Perdue in December almost immediately after Perdue launched his campaign, has repeatedly charged that the 2020 election in Georgia was “stolen” and “rigged” and has taken aim at Kemp for leading a state in which he believes an unfair and fraud-ridden voting process played out.

Walker, a former University of Georgia football star and Heisman Trophy winner appears easily positioned in polls to win his Senate primary race. Walker is also endorsed by Trump and is gearing up for a competitive and expensive general election battle with incumbent Sen. Raphael Warnock (D-GA).

Vernon  Jones, who officially converted from Democrat to Republican in 2021 initially planned to run in the gubernatorial primary against Perdue and Kemp. Trump was successful, however, in convincing Jones to drop out of that race and instead jump into a congressional race.

Jones exited the gubernatorial contest in early February, just after Fox News reported that Jones had met with Trump and that Trump had offered him his endorsement if Jones instead ran for Congress.

Patrick Witt dropped out of the Tenth Congressional District race to instead run for Insurance Commissioner, placed his support in the district’s packed primary race behind Jones — who had chosen to run in that district instead of running for governor and then received an endorsement from Trump three days later.

Thank you, Mr. President! I’m grateful to earn your endorsement and support. Georgians deserve to have an Insurance Commissioner who will fight for them and their families like they were his own. I’m ready to get to work! #gapol https://t.co/9nEF6YgzJb

John Gordon announced on March 16 a late challenge to Attorney General Chris Carr, who is a supporter of Kemp. In his announcement, Gordon zoned in on 2020, saying, “Georgia’s last election was rife with fraud, fraud that cost President Trump his victory.”

A week later, Trump announced his endorsement of Gordon and bashed Carr for “doing absolutely nothing to stop the 2020 Presidential Election Fraud.”

Hice is challenging Secretary of State Brad Raffensperger, who drew perhaps the most ire of any Georgia official after 2020 over concerns of election fraud and mismanagement. 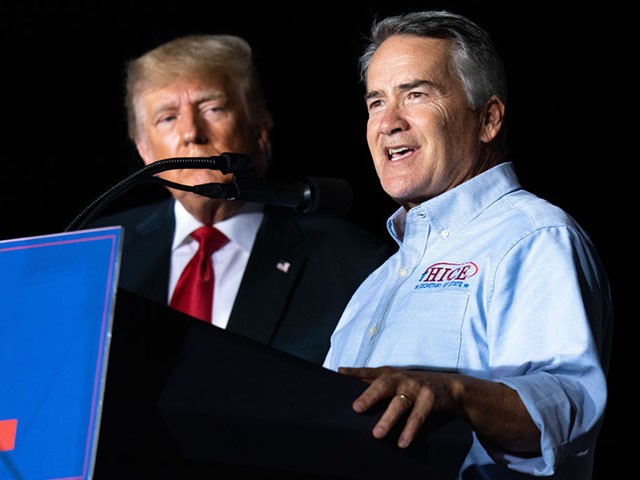 If President Trump can do his magic and get all these gentlemen over the finish line, Georgia will look a lot different come January 2023.