As many as 170,000 migrants, including Russians, are reportedly waiting to cross the US-Mexico border at the end of this month as Trump-era Covid restrictions on immigration will come to an end.

The policy, known as Title 42, was laid down by President Trump during the start of COVID-19 pandemic. It allowed immigration officials to immediately disregard migrants’ asylum claims if the individual had passed through a country where COVID was endemic.

During Biden and Trump’s presidencies, the policy has been used over a million times to turn migrants away at the border, resulting in a huge mass of hundreds of thousands of people waiting for their chance to enter the US.

While the Biden administration has not secured any follow-up policies – either to ensure the security of the United States or to protect the migrants themselves – Title 42 is set to be lifted as early as April 1. 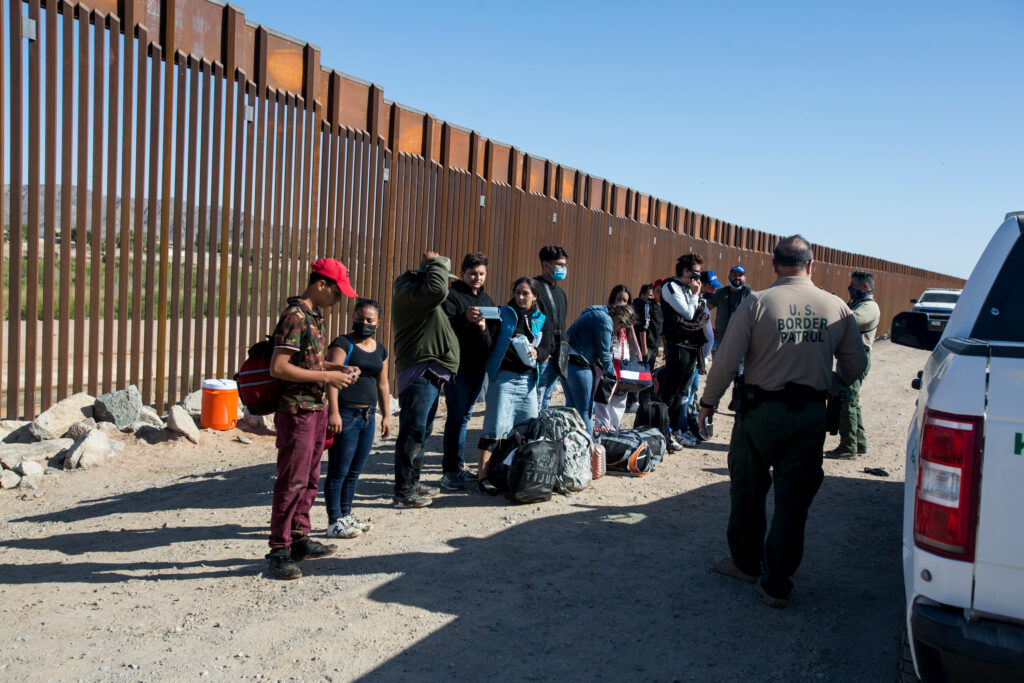 While Democrats have lauded the end of the restrictions, with some suggesting that Ukrainian refugees were being held up at the border because of the policy, immigration experts warn that the sudden removal of the Title 42 could result in chaos and encourage others to make the crossing:

“If they lift Title 42 they’re still not going to let everyone in at the bridges quickly, so there’s going to be long waits, camps, people are going to choose to enter illegally over the walls etcetera,” said immigration attorney Taylor Levy.

“The government is worried lifting Title 42 will cause a lot of people to come. But the truth of the matter is Title 42 has been in effect for two years so there’s a bottleneck of people at Mexican border cities who have been waiting in the shelters sometimes for a year or two to seek asylum ‘the right way’.”

According to Axious, the number of those in bordering nations waiting to apply for asylum is as high as 170,000.

While Levy said she agrees that COVID measures like Title 42 should be phased out as the pandemic wanes, she told the Daily Mail she feels concerned that no follow-up policies have been implemented, which may result in a dangerous and often criminally-run system of ‘metering’.

This corrupt system allowed migrants to compile their own list of names, and the US border patrol would then select a number from the list who would be able to cross. Levy said this system was often run by people-traffickers or criminal gangs:

“The US government wasn’t running the list of who gets to cross. It was officially run by the migrants, but it wasn’t actually, it was run by organized crime with migrant figureheads,’

“In Tijuana the list was a literal spiral-bound notebook that people wrote their names in.

“There’s a lot of corruption around crossing out names or paying money to get your name written higher in the list.”

“I have no idea what the administration is thinking”, she concluded.

Biden signed the order which will allow Homeland Security to begin processing migrants’ claims last February, but while officials from the Department of State, Justice, Defense and Health and Human Services say contingency plans are being discussed – including using aircraft to move the migrants to different areas of the border – no set strategy is yet in place to subdue the mounting pressure at the border.