For the majority of the past 60+ years, Marxist radicals in the U.S.A, who have been working in the media, entertainment, and higher levels of government, have kept their plans and actions hidden in order to prevent any resistance from everyday Americans who love their nation.

Using the public and even some private schools, those in power have infused their curriculum with far-left anarchists ideology, including ending the nuclear family, disparaging traditional values & establishing new cultural expectations, Civics.

The leftist mob blindly follows their politician’s plans requiring their dependency on government, which will lead the world into an unattainable future of a Utopian state “ensuring” equity for all.

The Biden administration has broken this pattern by openingly advancing globalist causes, leading to a rapid decline in the nation.

In Joe Biden’s first year in office, over 3 million illegal aliens from over 105 different nations walked into the United States across the southern border.

Besides the Biden administration’s global call to join the invasion, non-governmental organizations (NGOs) and globalists such as George Soros and the United Nations, have funded the journeys of countless of them.

With the huge success in flooding our nation, the Department of Homeland Secretary Mayorkas is devising additional workarounds of our nation’s immigration laws to get even more illegals into the interior of our country.

Biden also set another record. Only 59,011 illegals were deported his first year in office.  This was the lowest number since 1995. 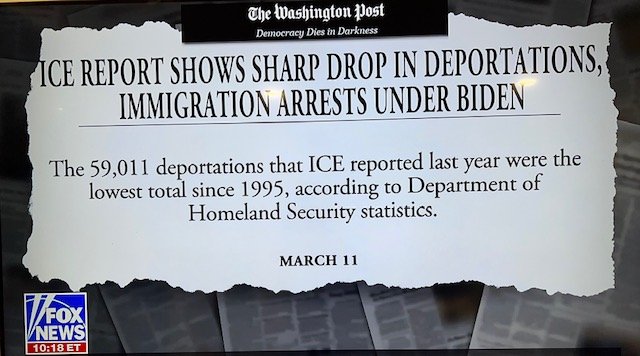 In addition to forcing open our border doors to the world, the Biden administration is also working to intimidate and punish American citizens who “dare to” stand up to them. These are the patriots who are calling them out for their domestic tyrannical actions in the public square locally and online nationally.

In line with Biden’s objectives, Mayorkas is working on another very important project.

An updated anti-American updated list of new rules on “extremism” was just released.

The new guidelines on extremist behavior include those who question the fraud in the 2020 elections and anyone who questions the regime’s talking points on COVID and its treatments including the mandates.

A March 2021 unclassified threat assessment prepared by the Office of the Director of National Intelligence (ODNI), Department of Justice, and DHS, noted that domestic violent extremists “who are motivated by a range of ideologies and galvanized by recent political and societal events in the United States pose an elevated threat to the Homeland in 2021.”3 The assessment pointed to newer “sociopolitical developments such as narratives of fraud in the recent general election, the emboldening impact of the violent breach of the U.S. Capitol, conditions related to the COVID-19 pandemic, and conspiracy theories promoting violence” that “will almost certainly spur some [domestic violent extremists] [sic] to try to engage in violence this year.”4

These target groups include the majority of the US population.

1. Those who question the results of the 2020 presidential election.

2. Another half of the public questions the origins of COVID and draconian lockdown restrictions

They continue to identify them as really bad and dangerous people.

So if you point out Dr. Fauci’s flip flops and documented lies, including his funding of gain of function research in Chinese labs, and/or if you have questions about the Dominion voting machines and the early morning one-sided ballot drops, the government will be watching you, and me, ever so more closely.

Yet, for those unvetted economic refugees, the ones not allowed to apply for asylum under current laws, don’t worry about them. Mayorakas would say, the DHS will figure out to get them to our local cities somehow, bringing in the various forms of crime with them.