Whether it’s the thought of Quasimodo swinging from its famous bell tower, grotesque gargoyles grinning down on the city or the vision of the famous gothic towers that stand watchful over Paris, Notre Dame cathedral sparks awe and wonderment the world over.

But as the ancient landmark is undergoing major reconstructive work after the devastating fire which tore through its frame in April 2019, archaeologists have uncovered numerous tombs dating back to the 1400s mysteriously hidden beneath the cathedral’s floor.

Before renovation workers were able to erect scaffolding to begin repairs on the cathedral’s 100 meter high wooden roof-bridge, archaeologists were given the unprecedented permission to excavate the area. 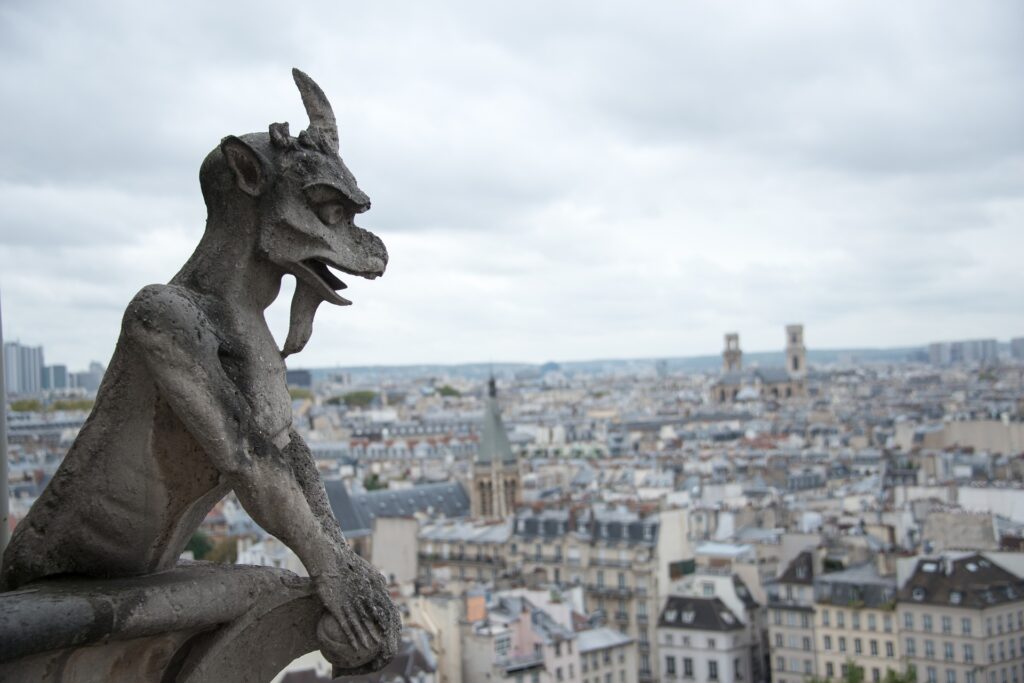 In a discovery hailed as “remarkable” by historians, upon excavation work, a pit beneath the 12th century cathedral’s floor was unearthed and the ancient tombs were uncovered. Among them was a “completely preserved, human-shaped sarcophagus made of lead”, likely “for a senior dignitary”.

While the site of the dig was in a stone area the archaeologists thought was from around the 18th century, France’s culture minister said lower levels of the pit were much older – possibly even 13th century.

“We were able to send a small camera inside which showed cloth remains, organic matter such as hair and plant remains”, said Christophe Besnier from France’s National Archaeological Institute.

“The fact that these plants are still there indicates that the contents have been very well preserved.”

In April 2019, the world could only watch through their fingers as a huge, wild inferno ripped apart the ancient building – devastating numerous, priceless and historic Christian relics inside.

Parisians cried in horror as the fire disintegrated the cathedral’s 350ft tall spire and collapsed the 850-year-old building’s roof.

Firefighters scrambled to stop the destruction and collapse of the famous twin towers which stand at the front of the cathedral.

Under direct orders from President Macron, who was in attendance at the scene – firefighters made the risky decision to run hoses up the towers.

They manage to save the front façade of the building and its famous bell-tower. 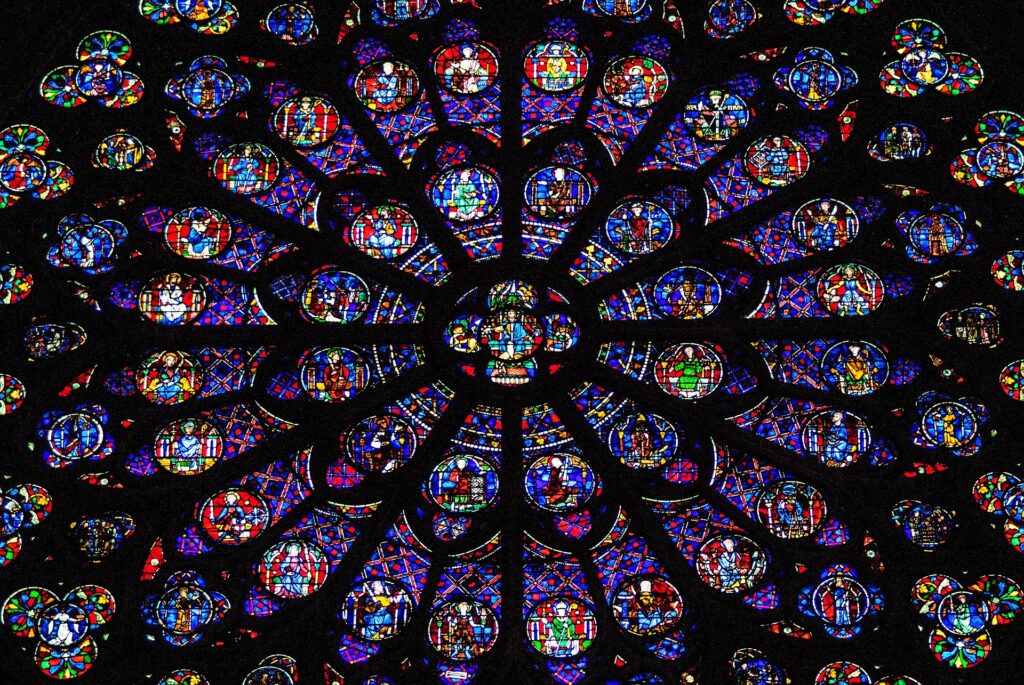 Fortunately, the spectacular, highly recognizable stain-glass window which adorned the cathedral’s East side above the river Seine was also spared.

Meanwhile, a heroic priest who was also an Afghanistan veteran put his life on the line to rescue numerous historic artefacts from the inferno, including the precious Crown of Thorns Christians believe was adorned by Jesus Christ during his crucifixion.

In a nail-biting, tension-filled operation, firefighters first emerged with a replica of the relic resigned to fool thieves – but the hero Priest put his life on the line and entered the burning building to direct firefighters to the secret hiding place of the real Crown of Thorns. 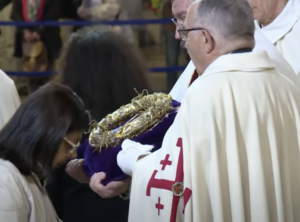 It, along with numerous other relics were successfully saved from the blaze:

“Father Fournier is an absolute hero,” an emergency worker told Newsweek at the time.

“He showed no fear at all as he made straight for the relics inside the cathedral, and made sure they were saved. He deals with life and death every day, and shows no fear.”

Although the origin of the fire has never been proven, it was thought to have been caused by faulty machinery being used to renovate parts of the cathedral’s wooden roof.

While the blaze destroyed a devastatingly large amount of the World Heritage Site, people all around the world united in sending well-wishes and donated towards the renovation project. In just two days, around $1 billion was raised.

Despite the tragedy, the recently discovered tombs go to show that Notre Dame still has many secrets to tell and innumerable historic artifacts still waiting to be discovered.