There is a billionaire known around the world who is actively funding the deconstruction of independent nations into a new world order. His name is George Soros, a Hungarian-born American billionaire investor and philanthropist, the Founder / Chair of Open Society Foundations.

Soros is also indirectly funding Governing for Impact. His funds allow GFI to work behind the scenes with President Biden’s administration to shape policies, according to documents reviewed by Fox News show.

From the GFI website; “Govern for Impact is dedicated to building a world where boards lead the organization to achieving clear purpose and critical outcomes in an ethical, prudent, just, and risk-aware manner.”

“We envision a world in which organizations are led by boards that create value in the lives of the people they serve. We also envision boards have the governance systems, tools, and research to practice effective governance. They lead with purpose, integrity, and accountability to the shareholders, care-holders, and communities on whose behalf they govern.  Further, we envision a world in which governance is widely recognized as a distinct, disciplined, and valued practice focused on securing and sustaining a healthy, safe, equitable future for all.”

GFI boasts in internal memos of implementing more than 20 of its regulatory agenda items as it works to reverse Trump-era deregulations by zeroing in on education, environmental, health care, housing, and labor issues. 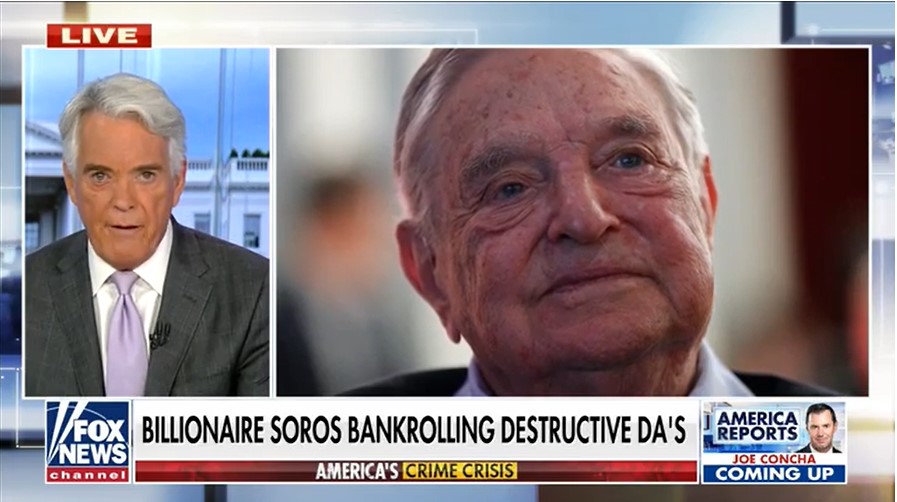 “Their work gives voice to people often overlooked in a regulatory environment too often dominated by corporate interests,” he continued. “Our support for Governing for Impact’s work is publicly available on our website and we are transparent about our enthusiasm for their victories for American workers and families.”

GFI, however, works to remain secretive. No news reports or press releases appear on its existence outside of a mention of its related action fund in a previous Fox News article on the $1.6 billion Arabella Advisors-managed dark money network, to which it is attached.

The memos generally do not identify their authors.

The Education Department is set to announce a new regulation that will change Title IX rules on anti-transgender bias in schools, reversing Trump-era guidance. GFI appears to have worked on the issue, as the site contains a November 2020 legal memo on the matter.

GFI also created an internal slide deck and uploaded it to Prezi’s presentation site. The slide, which is now inaccessible, says GFI has implemented more than 20 of its federal proposals as of 2021.

“Under Sharon’s leadership, OIRA has played a crucial role in advancing the president’s agenda — from powering our historic economic recovery and combating the pandemic, to tackling the climate crisis and advancing equity,” Shalanda Young, director of the OMB, said before her departure.

As with most of Soros’s affiliations, which are built into multi-layers of bureaucracy, therefor shielding Soros from accountability, GFI is not a stand-alone nonprofit. Instead, the New Venture Fund, a nonprofit incubator managed by the D.C.-based consulting firm Arabella Advisors, fiscally sponsors it. This setup allows GFI to avoid filing tax forms with the IRS.

The group’s attachment to the Arabella-Advisors dark money network is not discoverable from public records. The New Venture Fund does not report GFI as a trade name in its D.C. business filings.

However, GFI’s links to the New Venture Fund are discoverable in George Soros’ Open Society Foundations (OSF) grant database. A search of the database shows that Soros nonprofits sent $12.98 million to GFI and its related action fund in 2019 and 2020.