As the Amber Heard and Johnny Depp court case and public spat continues to unravel more outrageous revelations and scandalous accusations, Depp’s sister has made some concerning allegations against their mother.

Testifying in support of her brother part of the embattled couple’s case at the Fairfax County courthouse in Virginia, Christi Dembrowski, 61, made some shocking allegations about their mother’s treatment of them as children, including claims that she was verbally and physically abusive.

According to Dembroski’s testimony, their mother, Betty Sue Palmer was “high strung, nervous” and often “angry”, sometimes beating her husband and the children.

Despite the violence, she says their father John Christopher Depp would not respond to the attacks and did his best to keep the peace.

“Father was a kind, patient, loving, gentle man. Our mom was the opposite, very high strung, very nervous, anxiety, angry”, she explained.

“Dad never reacted when mom hit him or screamed at him. Basically, he would let her scream and get it out and be done. The way you dealt with my mom, he always tried to keep the peace.”

Johnny Depp had NO OTHER CLAIMS OF ABUSE.

His sister notes he doesn’t even like to raise his voice.

That’s what EVERYONE EXCEPT AMBER HEARD SAID – now you tell me, who’s the liar here? pic.twitter.com/RRMfl2uPWS

Benjamin Chew, Depp’s lawyer, asked Dembrowski about how their mother would treat them as children:

“Similarly in how she treated dad. She screamed, she yelled, she hit, she threw things, she called us names. We each had our own set of names,” responded Dembrowski.

“Did your mother have a special name for Johnny?” Chew asked.

“One eye” was her favorite. Because when he was young the doctors thought had a lazy eye, they put a patch on his good eye to strengthen his other eye,” said Dembrowski. Depp, meanwhile, looked solemnly down at the floor as his sister spoke candidly about their childhood. 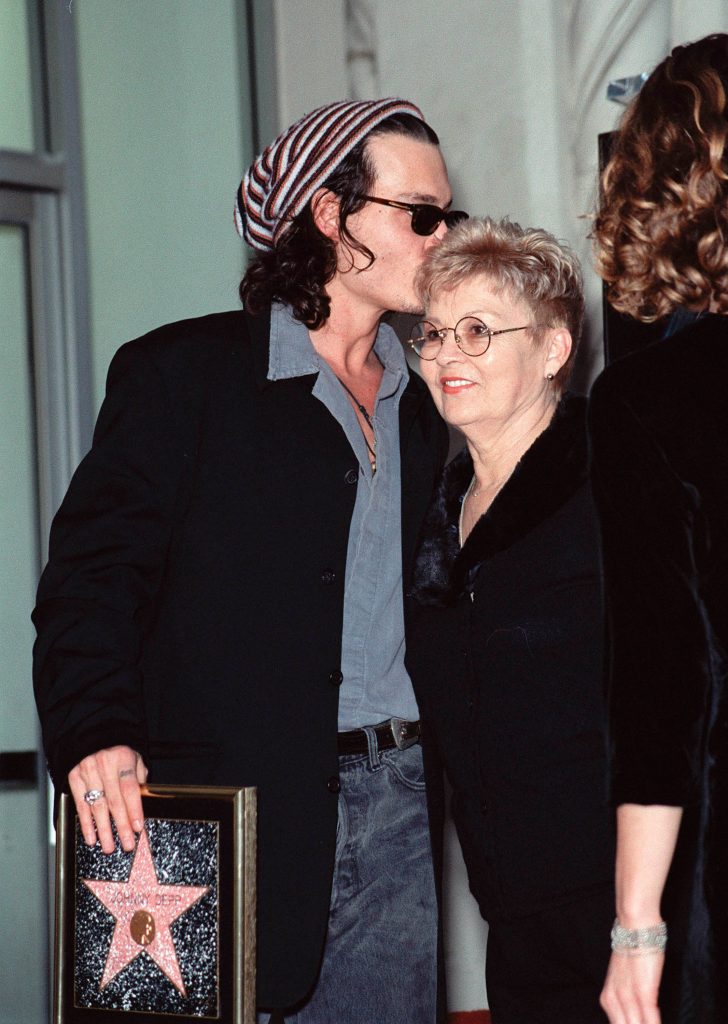 She went on to say that although Johnny was often physically abused by their mother as a child, like his father, he did not retaliate, instead Depp “would get away, he would leave the area, go to his room”.

This, Dembrowski suggests, is the same way Depp would handle Heard’s alleged outbursts of violence against him.

“As we were older, we decided that once we had our own home, that we were never going to repeat in our own home anything similar to our childhood,” she told the court.

Chew began to question Dembrowski about Heard’s allegedly abusive and cruel treatment of Depp throughout their marriage.

Dembrowski recalled an incident Dior had expressed an interest in using Depp in a series of commercials:

“Johnny told Amber they [Dior] were interested in him.

“Her reaction to that was she was in disbelief and sort of disgust because she said Dior, why would Dior want to do business with you? They’re about class and style and you don’t have style.

The star’s sister and part-time manager said the pair would argue so often during their marriage she would usually book two hotel rooms so that, like in his childhood, Depp could retreat during spats with Heard.

“I saw a repeat happening in life. When we were kids in arguments and fighting would start to happen. Our first thing to do was go and hide and get away from it. I recognized what felt to me a repeat pattern from his childhood. I wanted to make sure there was a place he could do just that”.

Actors Depp and Heard are locking horns in an on-going court battle after Heard, 35, accused Depp, 58, of numerous accounts of physical assault against her, while Depp claims Heard’s allegations are false, cost him his on-going work with the Pirates of the Caribbean franchise and that Heard had been violent towards him – even cutting off the tip of his finger with a vodka bottle.