She was considered to be the luckiest girl in the world when Priscilla bagged herself heartthrob Elvis Presley, but in a tell-all interview, the mother and actress revealed she was prepared for the hard times as well as the good ones.

Speaking to reporters at the launch of a new art exhibition, ‘Elvis: Direct From Graceland’ at Bendigo Art Gallery, Priscilla said the start of her marriage to the King of Rock n Roll, “was very difficult, but I knew what I was in for because I saw it at a very young age”.

The 76-year-old who went on to star in the Naked Gun series alongside comedian Leslie Nielsen met Elvis – who was one of the biggest stars on the planet at the time- when she was just 14 and still studying at school.

The envy of young women the world over, Priscilla told reporters that rumours and tabloid speculation about the couple’s courtship began to run riot after Elvis released his hit love song ‘I Can’t Help Falling In Love With You’ in 1961.

“That’s when I started not reading papers anymore or [magazines] in the grocery stores”, she said of suddenly skyrocketing to superstardom. 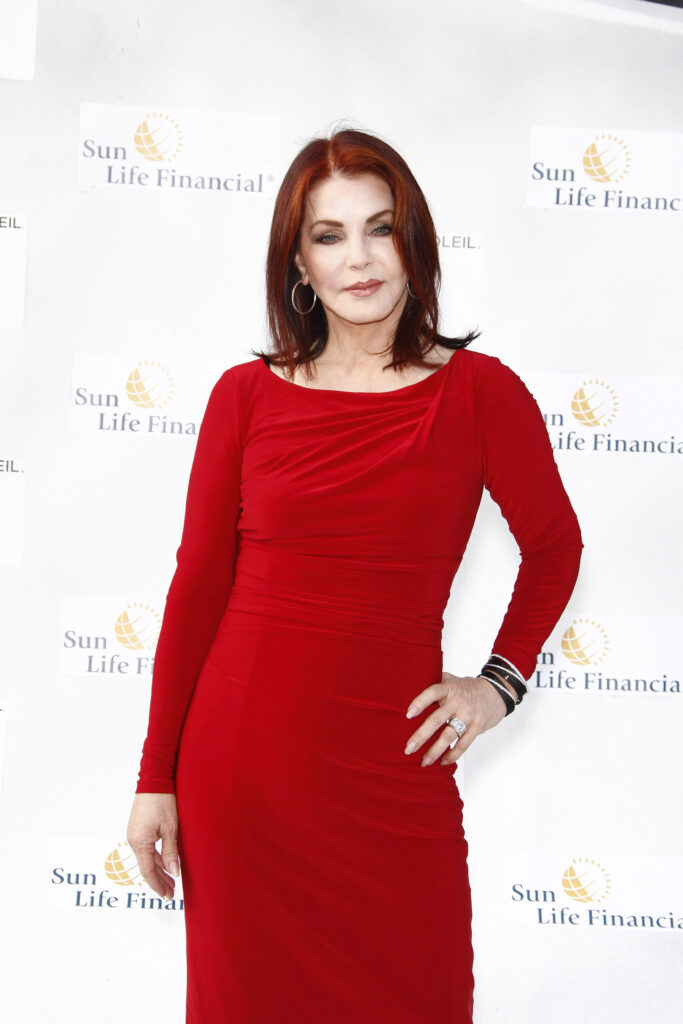 “I found out how vicious people could be … there were rumours I was pregnant, and that’s why he got married and I’m going, “Oh my God, this is not gonna be good for me.

But she said Elvis was supportive and warned her not to worry about the press: “So it was hard to get accepted. But he always told me, “Don’t pay attention … don’t even listen and don’t look at the tabloids. You know what the truth is so just be cautious, but be aware”.

Still a schoolgirl, Priscilla was juggling life as a superstar’s partner with her schoolwork. Hardly surprisingly, she revealed her romance and late-night dates with Elvis took a toll on her grades:

The couple, who had one daughter together, Lisa Marie Presley, now 54, would enjoy dates which lasted well into the night, going to the movies and not returning home until the early hours when Elvis, who Priscilla said is a bookworm, would read to her aloud:

“We would leave [Graceland] right after the Johnny Carson monologue and we would head out for the theatre, sometimes coming home at three, four or five o’clock in the morning’.

“We could come home at two o’clock in the morning or later, and he would go right to the books and start reading.

A feature film about Elvis’ life is set to be release on June 24 this year. The movie will star Austin Butler as the King and Tom Hanks who will play the star’s wacky manager Colonel Tom Parker.