A Christian college in Indiana decided to racially segregate its diversity and inclusion discussion sessions despite historic struggles to end segregation by color throughout the recent past.

An English professor at Anderson University took to TikTok to defend the university’s choice to segregate the class into two groups – ‘’students of color” and “white students”, arguing that the move was justifiable and admirable:

“White people do this thing where we create spaces that are ‘white only’, not by statute, but by default. The circumstances allow the space to continue to be white only”, said white professor Elizabeth Boltz Ranfield.

She went on to say that white people who make statements like “we’re open to everyone but this is just a very white area” are in fact complicit in some kind of subconscious racism and that black people are not really welcome in those areas.

Rather than acknowledging that racial segregation encourages divisiveness and panders to the racist attitudes activists like Martin Luther King campaigned to assign to history, Ranfield argues that the college’s segregated classes are instead a corrective measure and that whites who are opposed to the move are so because they feel “defensive”.

“If people of color begin to organize and create spaces that are for them, white people, we get all, ‘Well, isn’t that segregation?

“Aren’t you trying to divide us?”, she mocked.

Ranfield, who said she was in a Christian youth ministry ‘cult’ in high school then attempted to suggest white people might be worried that other races are “going to say mean things to them in that space and they’re not going to get to defend themselves.

“The reason why we shouldn’t be in those spaces in the first place because we turn it into our feelings of defensiveness.”

UPDATE: Liz Boltz Ranfeld, an English professor at @AndersonU, claims her white students are fragile and defensive for not wanting racially-segregated sessions. pic.twitter.com/2So6nkePpY

According to Anderson University’s [white] president, the segregated discussion group was put together to encourage honest feedback and open conversation about race-related issues:

“After compiling the responses, the task force decided to welcome students into respective listening groups based on race and ethnicity,” said president John Pistole.

“This evidence-based method was selected for listening groups based on research models that demonstrate it as being highly effective for receiving candid feedback.”

But the move was not welcomed by many black students in the college. Maya Turner, who plays on the college baskwtball team said she found the racial divide “embarrassing and upsetting”:

“So Anderson University is holding racially segregated listening sessions and meetings now???”, she posted to Twitter.

“As a student that attends Anderson University this is extremely embarrassing and upsetting. It’s 2022 I can’t believe this kind of stuff still goes on.”

In the 1950s and 60s, racial equality campaigners of all races fought tirelessly for the ban of racial segregation in the USA. 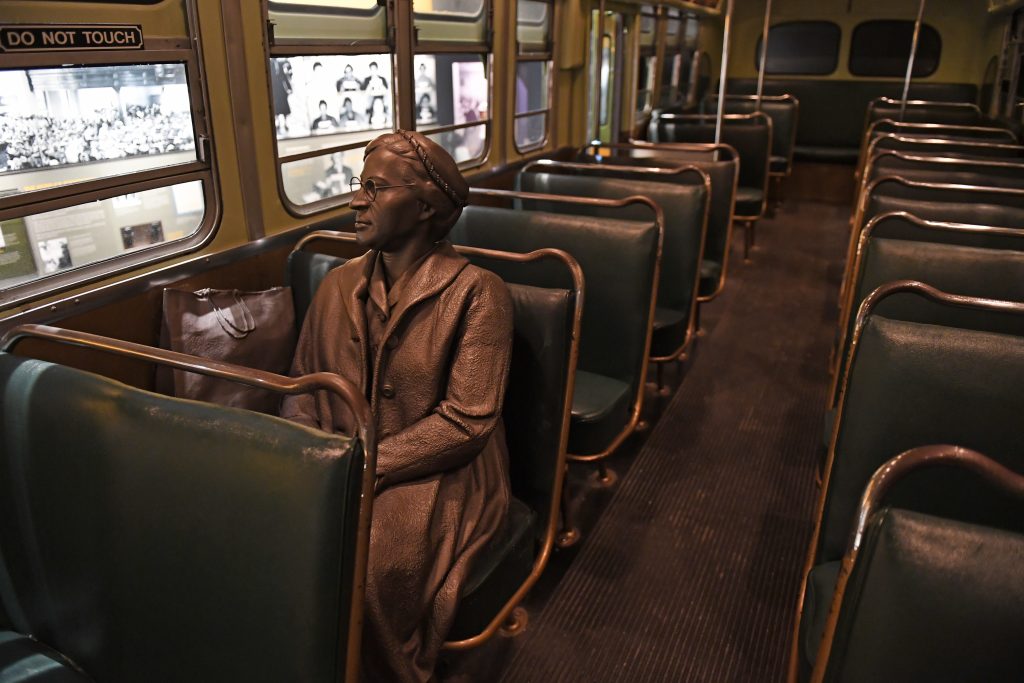 When black woman Rosa Parks was famously arrested in 1955 for refusing to give a white man her seat on a bus, the US Civil Rights movement exploded, with prominent leaders like Martin Luther King leading the battle.

The Civil Rights Act was finally signed in 1964, which banned discrimination throughout the USA.

It’s scary to think liberals now feel empowered and righteous to destroy what others worked so hard to achieve throughout this nation’s history.

Regression is not progress!