Billionaire Elon Musk is in a huge battle with billionaire Bill Gates and now claims the computer nerd has spent millions on a ‘dark money fund’ in hopes to make Musk look bad and take him out. In other words, Musk accuses Gates of paying people to criticize him.

This fiasco heated up when Musk responded with a simple “sigh” tweet in response to an article that claimed the Gates’ foundation has donated “hundreds of millions of dollars” to multiple groups working to get advertisers to boycott Twitter if Elon Musk takes over amid the pending purchase.

Daily Mail stated that “The article says the Gates Foundation donated to 11 of the 26 signatories of an open letter pushing the boycott, distributing the cash through the New Venture Fund and the Tides Foundation, which have been characterized as ‘dark money’ groups. It follows an escalating feud between Musk and Gates, who recently criticized the Tesla CEO’s plan to buy Twitter for $44 billion. Musk has also accused Gates of taking a large position betting against Tesla stock, and chided the Microsoft creator’s zaftig figure by comparing him to an emoji of a pregnant man.” 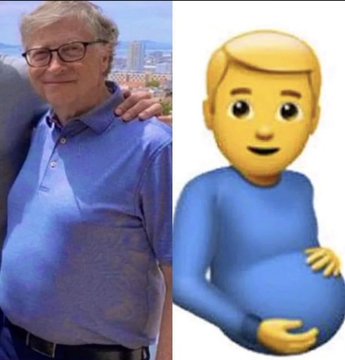 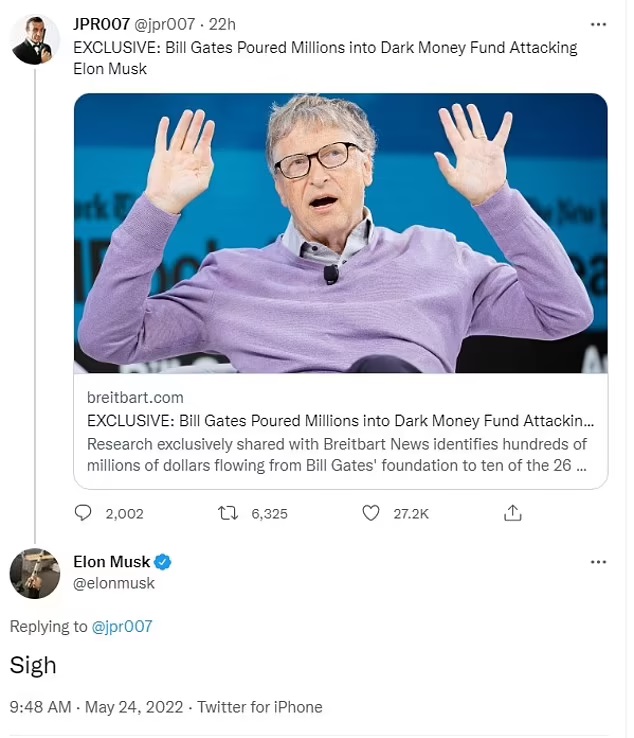 According to Daily Mail, Bill Gates said Elon Musk has a good record as a businessman, but he could make misinformation worse if he takes over Twitter. However, Bill Gates, a computer nerd who often gets asked about medical stuff which makes no sense whatsoever, is only saying this because he is most likely a hardcore leftist and Elon Musk recently said he’ll be voting Republican.

Gates said: “He actually could make it worse… That’s not his track record. His track record with Tesla and Space X is pretty mind-blowing at putting together a great team of engineers and taking people who work in those fields in a less bold way and really showing them up. I kind of doubt that’ll happen this time but we should have an open mind and never underestimate Elon.”

Elon Musk had a fairly clean record, but all of a sudden there’s an accusation against him soon after he suggests he’s voting Republican and standing up for freedom of speech within the limitations of the law.