In an article that appeared in CNET on Monday, the author suggested that humans can — and may — become extinct. It is not too far-fetched in the wake of the turmoil going on in the world.

“The end of the world is such a great concept for giving shape to history,” says Anders Sandberg, a senior research fellow with the Future of Humanity Institute at Oxford. “We want to know how it ends. We want there to be a meaning or a tragedy or a comedy. Maybe a laugh track at the end of the universe.”

Scientists, scholars, and policymakers are currently studying exactly how the end of humankind can happen and what can be done to prevent it.

According to Thomas Moynihan, author of the book X-Risk: How Humanity Discovered its own Extinction, worrying about the end of humankind is a relatively new concept. The rise of Darwinism suggested that humans were part of a long-running chain of organisms. In 1924, Winston Churchill wrote the essay Shall We All Commit Suicide about war’s potential to destroy humans. But according to Moynihan, perhaps it wasn’t until the atomic bomb’s detonation during World War II that people fully realized they could decimate themselves from existence.

“Once a species is gone, it’s gone forever. Extinction is forever,” Moynihan says, “We now understand the consequences of that.”

Humans also eventually realized that we might be the only ones out there exactly like us. So whatever we have, however flawed it might be, could be lost entirely, not just from the planet but from the entire universe.

We can learn a lot from where we are heading as a species simply by looking into our history as human beings. Specifically, we can look at the fossil record. In a 2020 article about human Extinction in The Conversation, paleontologist Nick Longrich pointed out that 99.9% of all species that have ever lived on Earth are now extinct.

Further, humans also have critical vulnerabilities that could make it hard to survive some large-scale catastrophe. For example, we’re these large, warm-blooded animals that need a lot of food; our generations are relatively long, and we’re not the most prolific of breeders, Longrich writes.

But, human beings also have some very profound advantages.

“We’re a deeply strange species — widespread, abundant, supremely adaptable — which all suggest we’ll stick around for a while,” Longrich writes, noting that humans are everywhere. Unlike other species, we can adapt our diets in ways that other species cannot. Moreover, as history has proven, we possess the ability to adapt to whichever environment we have to nomadically.

Those who work in the field of existential risk suggest that people start to change their behaviors and habits to adapt more quickly to changes that might be inevitable in our future.

The Future of Life Institute is a Boston-based outreach organization that focuses on how to avoid making big, species-ending mistakes with technology. FLI’s advisory board is packed with names from institutions like the Massachusetts Institute of Technology, Harvard University, and Cambridge University, plus Elon Musk, Morgan Freeman, and Alan Alda.

Senior Advisor for Government Affairs Jared Brown talks about the Collingridge Dilemma. When a new technology is developed, we see the benefits. Fire, for example, was great at keeping us warm and keeping predators away. However, when technology becomes integrated into the way a society functions, we start to learn about the downsides — like burning down entire villages. On the whole, though, we mostly take the good and the bad together. For the most part, we are a resilient species and have survived through plagues, pandemics, and natural disasters. 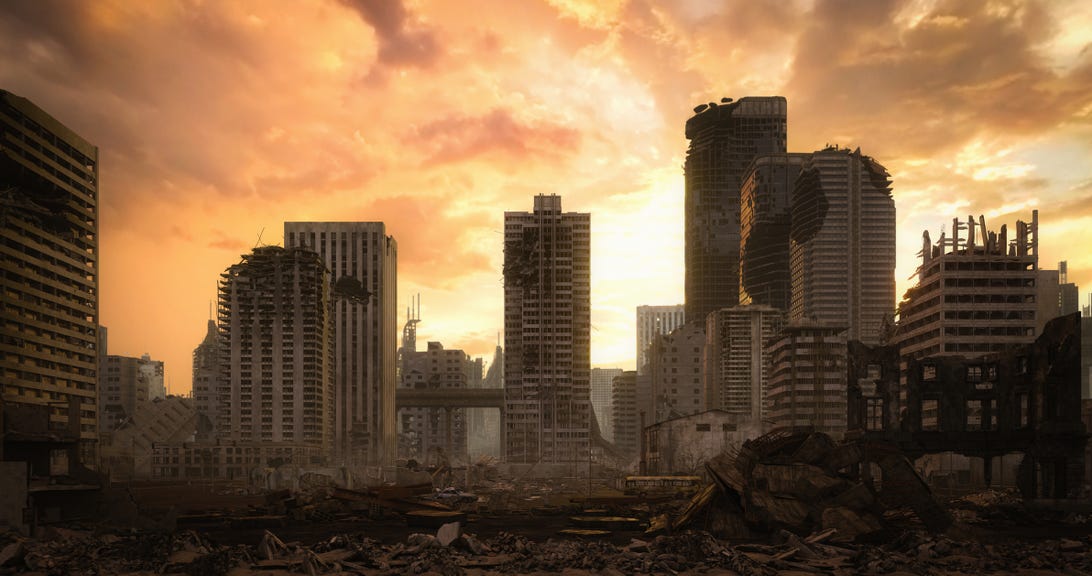 That’s why groups like FLI are trying to get the powers that be, like lawmakers, to build safeguards against mass extinction events now before it is too late to do anything about it.

As impossibly grim as humans’ prospects may look, even some who consider existential risk every day don’t think humans are entirely hopeless.

One key difference between humans and every other living thing on the planet is that humans can change their opinions of the world and course-correct, Moynihan says. But just because we can change our ways doesn’t mean we always do.

“I think the future could be better in ways that we can’t even comprehend,” he says, “But that doesn’t mean that it will be. What’s worth fighting for is that ability for us to revise ourselves, correct the errors of the past, and continue muddling through.”