The United States is considered “the oldest democracy” in the World. The oldest existing nation with a constitutional government in which the people elect their own government and representatives.

Those who fought for independence from the British Crown, and established our Constitution and Bill of Rights, did so at the risk of their very lives and fortunes.

In line with Biblical teachings, being a sluggard was looked down and if you did not work, you should not expect to eat, common expectations.

The nation, after ending the inherited evil of slavery, took off economically right after the turn of the 20th century, as entrepreneurs risked everything to create the automobile assembly and other production lines.

In a global paradigm shift, which has cost America trillions of dollars and millions of lives, those serving in the United States military have been sent to multiple foreign lands to fight against communism and radical fundamental Islam.

The United States was the first nation to possess and use Nuclear Bombs. They were dropped on  Hiroshima and Nagasaki, Japan in 1945

This power elevated the U.S. to being considered the undisputed world power.

As a nation founded on Judeo-Christian values, the government also started sending billions of dollars of foreign aid to nations worldwide, which we still do today.

Another $40 billion in additional aid to Ukraine was approved by Congress bringing the total U.S. commitment during the Russian invasion to roughly $54 billion when combined with the aid package passed in March.

As a result of our nation’s foreign aid, wars, and spending mismanagement, the US is now over $30.4 Trillion dollars in debt, climbing by the second. 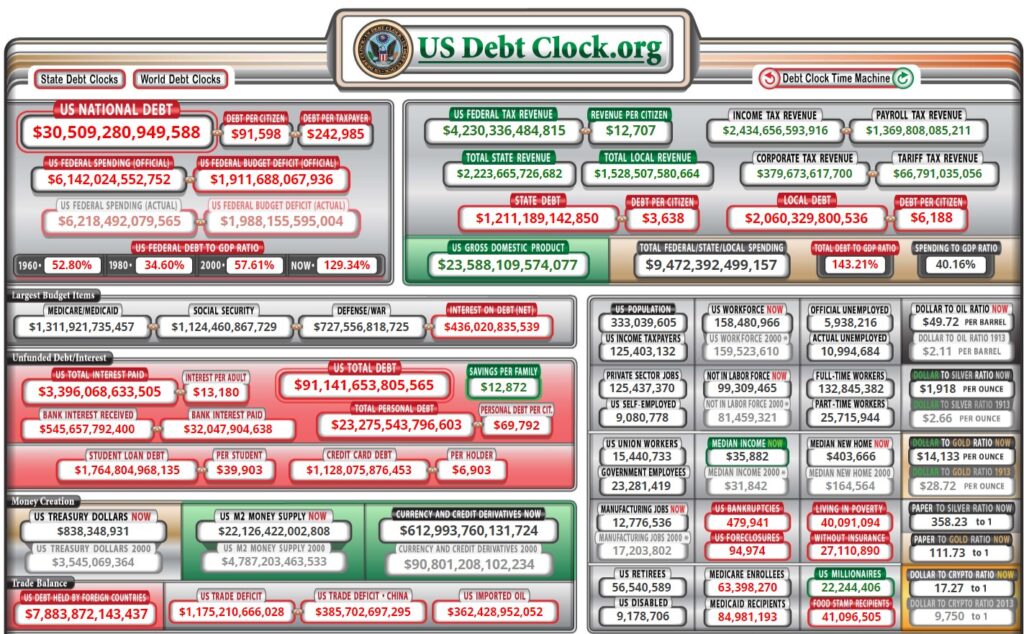 Even with high debt, inflation, water shortages, baby formula shortages, and skyrocketing energy costs, the Biden administration unveiled a plan last Thursday to send hundreds of millions of dollars in additional aid to countries with food shortages in the Western hemisphere.

Ahead of the Summit of the Americas in Los Angeles, the Biden administration announced $331 million in food security and humanitarian aid for Latin American nations.

This new funding is in addition to other programs already in place focusing on addressing food emergencies in the Western hemisphere, the United States Agency for International Development (USAID) already provides food and livelihood services to the people of Haiti, El Salvador, Honduras, and Guatemala.

“This contribution will complement the United States’ existing commitment to providing life-saving humanitarian assistance, responding to acute food insecurity, and advancing capacity-building activities that bolster disaster preparedness and response” across Latin America and the Caribbean, a White House statement said.

The total aid package amounts to $645 million and includes support for “refugee and migrant populations,” as well as cooperative efforts on “climate-smart economic reform.”

The United States is seeking to address fertilizer shortages — a problem that has plagued the Western hemisphere and compounded low crop yields amid widespread droughts.

A recent report from the International Food Policy Research Institute revealed that market prices for food and fertilizer increased 125% from January 2021 to January 2022, spiking again after Russia began its invasion of Ukraine.

“One-third of the world’s food is produced in the Americas, and the current global food crisis is an opportunity and responsibility for the region to step up to supply a greater share of the world’s commodities,” the White House statement said. “The United States will commit during the Summit to work together to increase food production for export, increase fertilizer production and transportation, and to improve agriculture efficiency through technical solutions and information exchanges.”