Following the presidential campaign of Joe Biden, in which he spent most of it down in his Delaware home’s basement, the team of handlers assembled to serve the newly elected President, knew they would need to put systems in place to try to prevent Joe from making a fool of himself.

Well, in spite of their efforts, President Biden has misspoke while reading off note cards, butchered prepared teleprompter speeches, and their worst nightmare has lied, exaggerated, and misrepresented the administration’s positions when speeching contemporaneously to questions asked by the news media.

Biden once again mispronounced the name of the main figure in a teleprompter-guided speech.

Yes the president, replaced the activist’s last name with the Japanese city that was nearly destroyed by an American-developed nuclear bomb in World War Two.

Nagasaki was the second city in Japan to be bombed with an A-bomb after the initial bombing of Hiroshima had it not resulted in an unconditional Japanese surrender in the Second World War.

Biden was speaking at the White House, before signing HR 3525, which established a commission to look into the creation of a National Museum of Asian Pacific American History and Culture.

This is following the administration’s cancellation of the ‘Garden of American Heroes’ ordered to be developed by President Trump. “The 45th president proposed the garden last summer, in response to national protests against police brutality and institutionalized racism that contributed to the vandalism, felling, or removal of statues connected to slavery and other historic injustices.”

Speaking to a room filled with primarily prominent Asian Americans, Biden said that many of them embodied their history.

Those attending included the civil rights leaders Karen Korematsu, daughter of Fred Korematsu who resisted the U.S. internment camps for people of Japanese descent, and Karen Narasaki, who served on the United States Commission on Civil Rights after being appointed by Barack Obama.

However, Biden did not get Narasaki’s name right, and instead ended up talking about “leaders in civil rights like Karen Nagasaki, and uh, Karen, uh Korematsu.”

Biden also proceeded to mispronounce the name of former general Tony Taguba, most well known for authoring the report on abuses of prisoners by US forces at Abu Ghraib prison in Iraq, instead of praising the work of “men like four-star General Tony, uhhhhh, Tagoba.”

Last week that Biden carried on about “biracial couples” in TV ads and made a delusional statement claiming people are “able to have 300 rounds in a magazine” of an “assault weapon” during an appearance on Jimmy Kimmel Live.

As of June 8th, Biden’s approval rating has dropped to 39%, a new low for the administration, according to the Morning Consult. 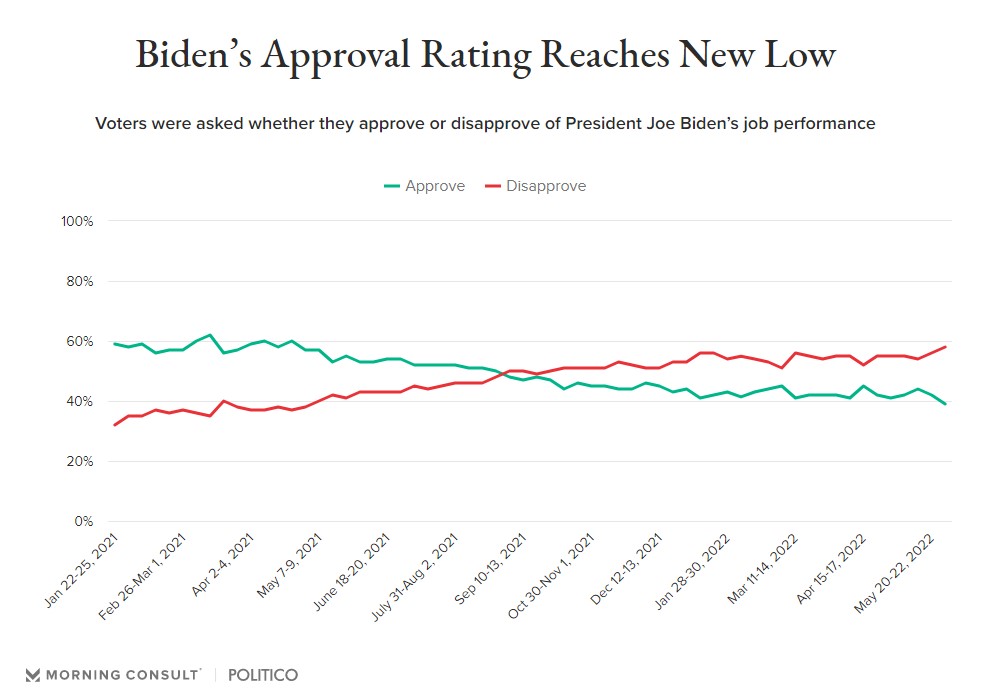 The frustrating thing for me and millions of other Americans is that there is still 39% of the population, according to this poll, that supports Biden’s failing presidency.

Why you might ask?  I believe it is because they have bought into Marxism, and their identities are based on abortion, social justice, and trans-homosexual activism.