60.5 percent voted to recall Boudin compared to 39.5 percent who wanted him to remain. The woke DA found himself at the brunt of a multi-million-dollar campaign set up by citizens to remove him as local people had become increasingly concerned about crime and safety on the city’s streets.

While you might think this would have been a wake-up call to the notoriously woke San Fran public, the leader of the recall campaign, Mary Jung, made it clear in her victory speech that the city had not become “far right” and would continue to support what she terms “progressive criminal justice reform”:

“This election does not mean that San Francisco has drifted to the far right on our approach to criminal justice,” said Jung.

“In fact, San Francisco has been a national beacon for progressive criminal justice reform for decades and will continue to do so with new leadership.”

Meanwhile, Boudin attempted to push the typically left-wing ‘us and them’ propaganda and claimed he was being targeted by “right-wing billionaires”. The embattled DA also doubled down on his woke criminal justice policies, which evidently don’t work:

“We have two cities. We have two systems of justice. We have one for the wealthy and the well connected and a different one for everybody else,” he said on Tuesday night.

“And that’s exactly what we are fighting to change.”

Boudin’s parents were members of the woke activist group Weather Underground in the 80s, and he was elected into his position as DA in 2019 on the back of his justice reform policies which included keeping low-level offenders from jail and urging the system to refrain from giving young offenders long-term prison time.

He is vehemently against the death penalty for heinous crimes, refuses to try juveniles as adults, and instead pushed for criminals to be put into drug rehabilitation programs instead of being put in jail.

Under Boudin’s watch, crime in the city has soared, with the murder rate rising by 11 percent and rapes also up by 10 percent. There’s also been a large rise in homelessness, drug use, and assault rates saw an 11.2 percent raise. 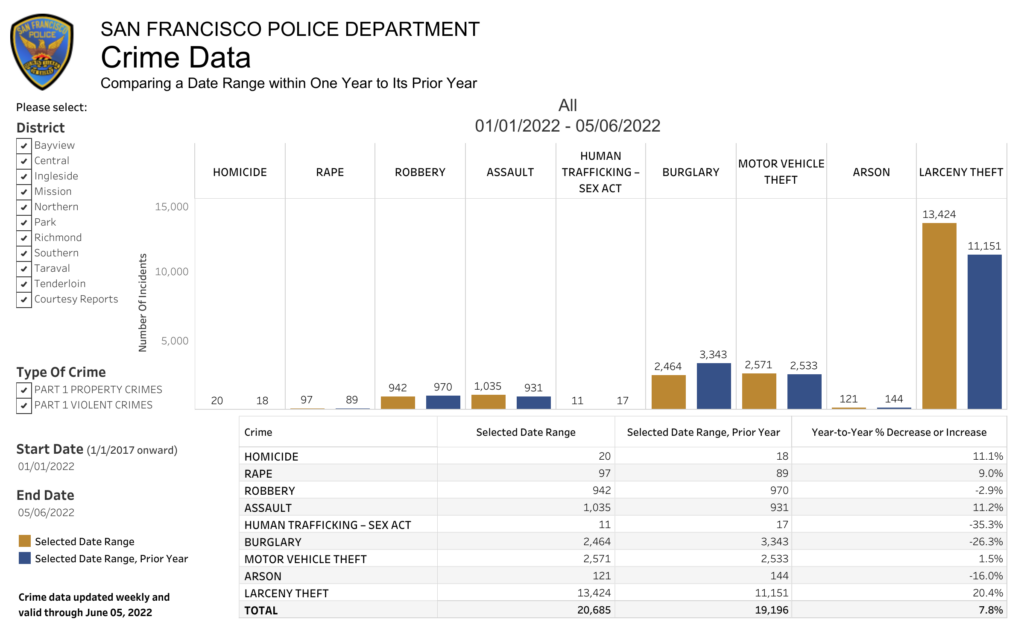 Store looting and gun violence also saw a dramatic spike in the city during the Covid-19 pandemic.

Only half of those convicted of a petty crime was charged since Boudin’s election, compared with his predecessor, George Gascon, whose office convicted 62 percent of suspects with minor offenses between 2018 and 2019.

Out-of-control crime rates are becoming a widespread problem across Democrat-run cities including Los Angeles and New York. When are Dems leaders going to realize that a soft approach to criminal justice will not make the streets a safer place for their citizens?

This story syndicated with permission from Jo Marney, Author at Trending Politics